6.5 per cent of all beers sold in the UK are believed to be owing to the craft beer movement and this is thanks to a tax break which was allowed by the UK government back in 2002. The tax break, which allowed micro-breweries producing less than 5,000 hectolitres to pay 50 per cent less than larger brewers, has helped see an increase in the number of breweries, reaching 2,000 since the first time before the Second World War.

The question is, how do you get involved in such a booming revolution?

Determination and a wonderful recipe, as tragic as it is, will not simply translate into thousands of sales. We’ve all heard the statistic that half of new businesses fail within their first year and microbreweries are no different. The industry in itself can be a particularly tough nut to crack, however, one way of paving a path for success, is by ensuring that you have the right equipment in place. Unsurprisingly, one of the biggest components of the brewing process is the mash system. This is commonly made up of six different features:

This mashing system completes just one stage in the brewing process. On top of this, there are five different stages, which each require their own equipment — no one said it would be easy. You will require a fermentation system (the stage which includes adding yeast to turn the product into alcohol), a cooling system (that helps prevent the growth of bacteria and further store the beer once it’s been brewed), a filtering system (that helps to remove any grain, essential when producing high quality product), and, finally, the sterilisation system.

When it comes to opening a microbrewery, much like any other new business, one of the most crucial aspects to success is cost-cutting. Finding a reliable and cost-efficient energy supply can be tricky, however, without it, you will simply compound any other difficulties and pressures which the business throws your way. LPG (liquefied petroleum gas) is not only cheaper than other fossil fuel alternatives, it is also the most efficient, and more importantly, the cleanest. The fact that LPG has the lowest CO2 emissions of any fossil fuel, means if you were to fuel your beer with it, you would also have significantly lower carbon footprint than competitors. 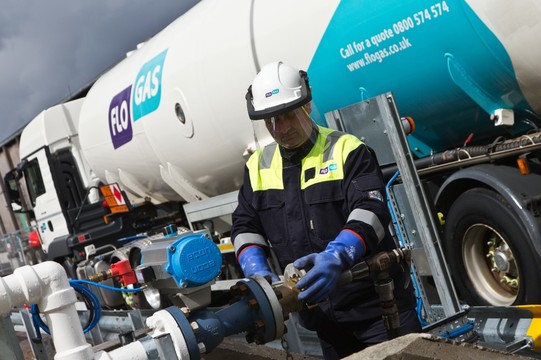 Obviously, a strong business acumen will ensure that the technical side of your microbrewery performs, however, the recipe also need to tick all the right boxes as well, because, if it’s not drinkable, it’s not drinkable! There are a whole host of craft beer variations, including IPAs, Pale Ales, and Porters, and the ingredients and brewing process are what help to distinguish these great flavours. The key components, however, are:

Hundreds of Years of Heating