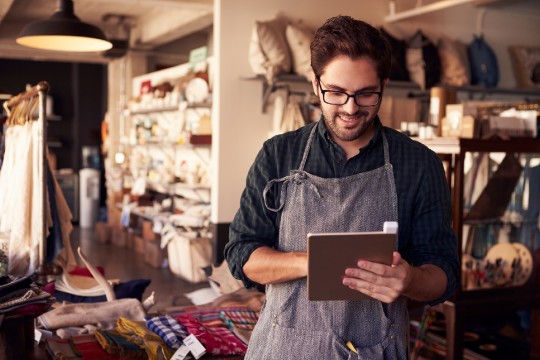 A new report out this week has revealed that small and medium-sized businesses (SMEs) in England, Scotland and Wales currently waste over £1.7 billion* a year by not switching their gas supplier.

According to the ‘Flogas Business Energy Report 2016’, the businesses, which are likely to include restaurants, warehouses, offices, manufacturing companies and public sector buildings currently spend £7.1 billion* a year on gas for their heating and manufacturing processes, a huge 24.4 per cent more than they need to.

Perhaps worse still, is the lethargy around switching. One in 10 business owners (nine per cent) said they couldn’t be bothered to switch, and 13 percent, actually want to switch but haven’t got round to doing it.

Broken down regionally, businesses in the North-West of England were wasting the most money, followed by those in Yorkshire and Humberside, and London, who each cumulatively waste more than SMEs in the whole of Scotland.

With a constant need to increase profits, businesses are under ever-growing pressure to reduce costs, and energy bills can be one of the best ways to do this. In fact, the ‘Flogas Business Energy Report 2016’ found that over half (54 percent) of businesses questioned, named reducing energy costs as the number one way to reduce overheads.

Commenting on the findings, Pete Ablett, Commercial Director at Flogas, said: “Many businesses don’t realise they are literally throwing money away by not switching.

“We find the most common reasons that businesses don’t switch are a lack of awareness that there is a cheaper alternative, or because they are under the misconception that switching is complicated. By sharing these figures we hope to wake people up to the money they could be saving.

“We know that we can save businesses around 24% a year, especially if they haven’t changed their supplier recently, and switching to Flogas is so simple. Just tell us you want to switch, and we’ll do everything else, including telling your old supplier.”

The study also looked into the common non-monetary problems that businesses have with their energy suppliers, and the results were interesting. A quarter (24 percent) of those questioned complained about international call centres, while almost three out of 10 (28 per cent) were unhappy about sitting on hold for too long. Billing was also an area where businesses had issues, with 36 per cent not understanding their bills or pricing structure.

Ablett concluded: “We have over 30 years’ experience in supplying energy, so we know what businesses want. We weren’t surprised by the non-monetary problems, which is why we have personal account managers, rather than international or unhelpful call centres with long waiting times. Our bills are easy to understand, and our pricing is transparent – we hate hidden surprises too! We even give our customers online reporting tools so they can easily monitor and forecast their gas spend, helping in overall business planning.

Flogas are proud sponsors of the Rainbows Hospice's 'Bubble Rush'