As a nation, we spend considerable amounts each year on alcohol. As of 2018, the industry here in the UK was worth a whopping £60bn and the exponential growth in popularity of gin certainly contributed to this. A decade ago, gin was barely scraping the barrel, but now, in 2019, it is undoubtedly one of the nation’s favourite spirits, and to a larger extent, alcoholic beverage.

Revert back to 2018 and 66 million bottles of the drink brewed from the juniper berry were bought here. Usually combined with a variety of fruits, spices, and in some cases vegetables, gin has proved itself to be a go-to gauntlet filler. The number of distilleries, battling to keep up with demand, but similarly offering consumers a host of new options, has doubled in the past six years. Back in 2013, there were approximately 150 gin distilleries throughout the lengths and breadths of the country, now we boast an impressive 315. 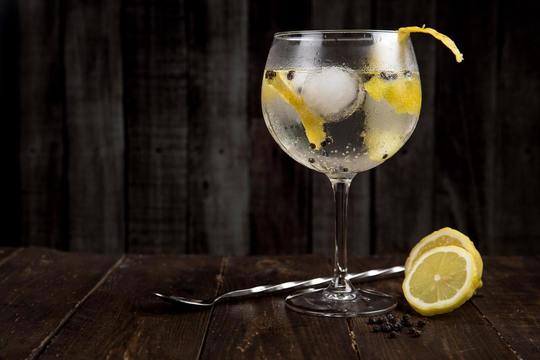 Gin is by no means a new thing — its infancy dates back to the middle ages, where it was used as a herbal medicine. The way we know the drink now owes to developments made by the Dutch, who labelled it jenever. But what has caused the drinks recent rise to stardom? We take a look at the boom surrounding the beverage and examine why energy costs in this particularly intense process are a major cause for consideration in terms of distillation.

Before attempting to penetrate the market, it is vital to understand why gin has rose to such prominence in recent times. If we wind the clock back to the early ‘90s, or the noughties as they are affectionately known, you will find the infancy of the ‘cocktail culture’, an era which saw the standard bartender transform into an experimental mixologist. Gin became an instant hit back then thanks to its incredible versatility.

Gins place in the market today is owed to two main reasons. Obviously, the popularity of the drink became significantly enhanced following the cocktail culture, however, the taste was not to everyone’s liking, and as the British public developed a palette for fine spirits, regeneration had to occur. The establishment of a discerning palette coincided with a change in legislation.

Prior to 2008, small-scale gin distilleries were disallowed in London under the Gin Act. Following a host of considerably lengthy discussions, HMRC finally conceded, and the law was revoked, allowing for a host of gin to distilleries to start the brewing juniper train running.

The legal barriers being removed certainly encouraged the formation of several gin distilleries, however, simply opening premises and churning out alcohol does not guarantee success. UK gin exports have risen by over 32 per cent since the Gin Act was repealed in 2008, creating a mass of competition.

Although there is no blueprint to ensure success or to eliminate competitor threat, there are certain measurements you can take in order to maximise your profit margins:

Not only do you require a sufficient space to house all your brewing equipment, you need room to store your output as well — therefore, we suggest scouting premises with a sizeable area. If you look at inner-city locations, they often tend to be particularly expensive in terms of both rent and bills. For this reason, many successful gin distilleries have opted to open for an off-grid location, which offer cheaper rent and are easier to source. Doing this, however, requires an alternative, yet reliable energy source.

LPG (liquefied petroleum gas) is an energy source definitely worth your consideration if you choose to locate your gin distillery off-grid. Not only is the fuel more dependable and cost-efficient, it is cleaner and more generally efficient. LPG can also offer your distillery a unique selling point, in that it has the lowest CO2 emissions of any fossil fuel, meaning you’ll have a considerably low carbon footprint.

First things first — you need to decide on what type of gin you are going to brew. The options are endless, from a dry London, to a Dutch, or perhaps even a flavoured option such as Elderflower and Rhubarb. The more unique, stand-out gin distilleries tend to opt for the ‘one-shot’, or ‘distilled’ method, which involves manually adding botanical ingredients over a course of time — this takes longer and more manpower, however, can easily create impressive results.

Prior to starting any business, it is essential to gain a firm understanding of the competition that you face. By constantly analysing trends within the market, you will be able to stay one step ahead of competitors while similarly being able to recognise opportunities for yourself.

So, there you have it, everything you need to know about gin distilleries. If you wish to find out more about how to power your distillery using an LPG tank contact us today.

How To Control Fleas on your Pets