Hundreds of Years of Heating

Thanks to continual technological innovation, how we live our lives now is virtually incomparable to how it was a century ago. Marc Andreesen, an American entrepreneur, insinuated, “you are cruising along, and then technology changes. You have to adapt.” In the 21st century world, no two days are the same, most in part thanks to the fact another new piece of kit which limits human effort, has just been unveiled.

Here at Flogas, we take a look at the history of heating in the home, examining the range of developments that have occurred throughout time. We will explore the impact these innovations have had on our day-to-day routine. 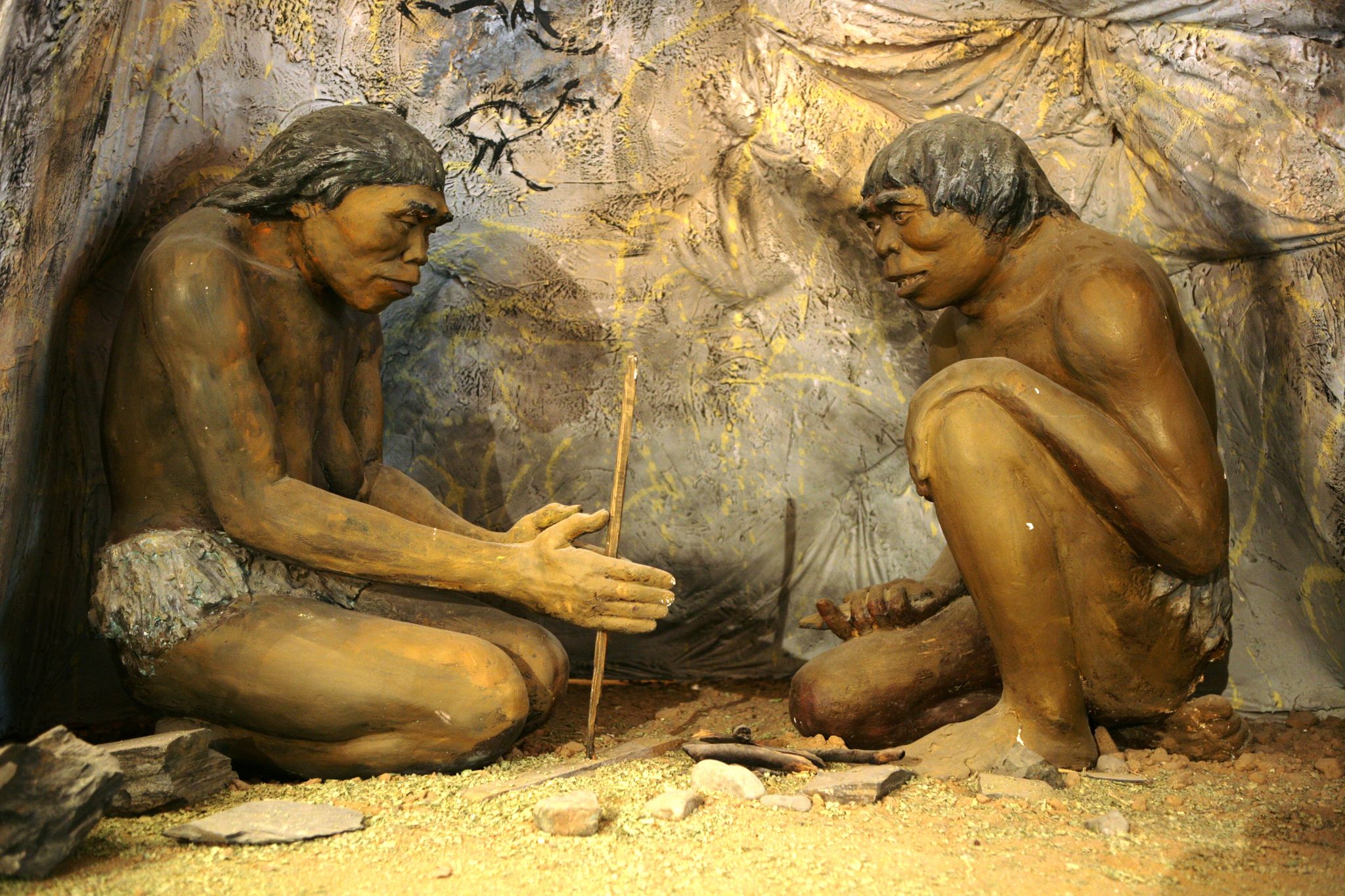 Travel back in time around 1.5 million years ago and you will discover, what has become accepted as, the very first form of heating. Families would gather round a fire to keep warm and cook food. Then, they would transport the fire into their home, where a hole in the roof would act like a chimney, allowing smoke fumes to escape.

During the time of the ancient Egyptians, the common hearth, or fireplace, began to feature as a regular fitting in homes. At around 1500 BC, the Egyptians realised that using bellows was an effective, yet safe way of fanning the flames from the fire, while encouraging a further heat. The next major development, which is considered a major technologic development in 21st century houses, is underfloor heating. 200 years after the development of the bellow, the Turkish palace and residency of King Arzawa established what we now refer to as underfloor heating. This was ahead of its time in regard to technological innovation.

Following on from this, the Romans, who brought the world various inventions established heating in the walls. This proved to be an effective central heating system. Under the floor, and in the walls, gaps in the stone slabs known as hypocausts, were made. A main fire at one end of the house would feed hot air through the gaps and throughout the house.

The central heating developments were particularly innovative due to the fact the technology used to establish was so basic, yet was utilised in the best possible way. Central heating was, however, a luxury that many could not afford. Only the public baths and those considered the upper echelons of society had the capital available to invest in the system. Following the collapse of the Roman Empire central heating petered out and fireplaces made a return to popularity.

Despite central heating demising along with the Roman Empire, the development of a chimney saw it return around 800 AD. Larger buildings, such as the Luneberg City Hall in Germany, and Rueda Abbey in Zaragoza featured indoor furnaces, installed in the 12th century. The creation of a full-size chimney, much wider than present day ones, aided the removal of harmful smoke. Historic records suggest the first ever chimney built in England was at Conisbrough Castle in South Yorkshire, the-then home of William de Warenne.

The 17th and 18th centuries

In regard to technologic innovation, the 17th and 18th centuries were fairly uneventful, bar two interesting developments. Louis Savot, a physician from Paris, laid claim to establishing a circulating fireplace. Following this, in the 1700s, engineers began testing with a combustion air duct. They were able to lay the foundations for a full indoor heating system that delivered hot air and water around the interior walls. Drawing upon the basis that existed before him, Scottish inventor James Watt created the world’s inaugural steam functioning heating system, which ran off a central boiler.

The vast majority of the advancements made to heating through the ages have taken the work of those before them and turned it into a safer, more efficient system. The Victorian era was no different. William Strutt, a mill owner from Derby, unveiled a furnace that took cold air from an underground, outdoor system, fed it through a stove. It was heated up and then pumped into each room via a series of ducts. Strutt’s creation was one of the most influential in its era, so much so, Derby Infirmary Hospital worked in tandem with him to fit a similar system. Thanks to the work carried out by Strutt, further capital was invested in finding a heating system that pumped out clean, warm air.

It wasn’t until 1857 that the world was introduced to the first radiator. Russian designer Franz San Galli welded together large steel columns and fed water through them. Much like when the first central heating system was rolled out in Rome, Galli’s idea, despite revolutionary, was too expensive. Many people chose to remain with the traditional fireplace, burning coal or wood. Shortly after Galli’s invention, the heating industry was about to change forever, thanks to electricity.

Thomas Edison, despite some dispute, lays claim to the invention of the very first electrical heater in the year 1880. Around the same time as Edison’s creation, the first thermostat appeared in Britain, exactly a decade before Herbert John Dowsing launched an all-electrical cooking appliance at the Crystal Palace Electrical Exhibition. Dowsing went on to establish a variety of electrical heaters that could be used to emit heat around a room.

In their infancy, electrical heaters were notoriously unsafe, as their elements became extremely hot. Unfortunately nobody had been able to develop a sufficient guard for the front of them. Fast-forward 60 years from their development, to 1950, and the bar heater was a literal staple of most homes in the UK. Because of a lack of electricity output and continual shortages, the bar heater tripped up on its own popularity and so changes were required. Storage heaters proved to be the answer — they heated up thermal bricks during the day when power stations were open and delivering electricity throughout the country. Then, they slowly released heat in the evening.

Central heating still hadn’t cemented its position within the home in the 1970s, with only the more affluent homes being able to afford the luxury. Most families persisted to use the open fire, burning wood and coal, until the 1980s, when the fireplace became common place in almost every house across the country.

Not only did central heating provide families across the UK with an added comfort, it actually prevented a large number of deaths. A report conducted by the National Institute for Health and Care Excellence noted that for every degree Celsius dropped in the coldest 10 per cent of homes, the number of death rises 2.8 per cent. On the other hand, the hottest ten per cent of homes has 1.9 per cent less deaths.

Back in 1950, the average temperature of a house in the UK was 18 degrees Celsius, whereas, now, in 2019, the average temperature is four degrees warmer. A BBC article suggests that thanks to this shift in heat, people are no longer letting their house dictate their dresswear. Back in the ‘50s, most people would spend their time in the house dressed in a cardigan, and in some instances a coat. Nowadays though, if people are cold, they simply turn on the central heating, rather than layering up.

In regard to style in the house, there are a vast number of changes thanks to the addition of central heating. Open plan living spaces, laminate flooring, attic conversions, and curtainless windows are all concepts that would have been unimaginable 50 years ago. Now, they are prominent in most households.

Looking back at old photos you will recognise the fact the fireplace was once the central focus point of the living room. Now, the average living room in the UK directs all their furniture in the path of their smart TV. Likewise, personal space has also been enhanced, with different members of the family able to do their own thing in different rooms. This is something that would have been unachievable in the past, as everyone had to be in the same room to be able to take advantage of the heating.,

The future of heating

As previously mentioned, technology, particularly in terms of heating in the home, is never standing still. It is continually evolving. From safer and more efficient electrical heaters, to LED displays and smart technology that allows us to control our heating remotely, the market is awash with innovative technology.

Along with developments in relation to the energy sources which are used, as the nation bids to reduce its carbon emissions, new technologies go as far as tracking heating usage, so, a sophisticated, efficient schedule could be established.

For more information on the latest technologies, including our variety of off-grid gas solutions, contact us today.

Protecting Your Power from the Weather | Flogas