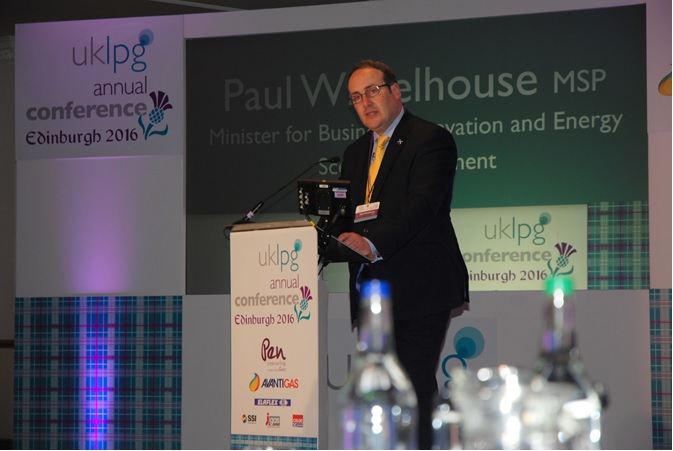 Making his first keynote speech since his appointment to the role last week, he highlighted to the 150 delegates at the UKLPG 2016 Conference at the Roxburghe Hotel, the positive contribution of LPG suppliers in Scotland. He said:

“I would like to acknowledge the work of LPG suppliers and the vital work they do in delivering essential gas supplies to homes, businesses and public across Scotland, especially in our remote and rural communities.

“The organisations represented at the conference provide a lifeline service to many communities not reached by the main gas networks – a service maintained throughout the year and in all weathers. As an MSP for a predominantly rural part of Scotland, I understand how challenging that task can be.

“The Scottish Government is developing an overarching Energy Strategy for Scotland and believes that Liquid Petroleum Gas (LPG) has an important role to play in Scotland’s energy mix. I welcome further engagement from the industry as the strategy develops.”

Rob Shuttleworth, chief executive of UKLPG added: “We were delighted that the Scottish Energy Minister delivered his first keynote speech at our conference. The whole conference was focussed on the future role of LPG and the role it will play in decarbonising energy and heat across domestic, business and transport applications. It was an extremely positive event that outlined the exciting role that LPG will play in driving carbon reduction across a range of applications.”